Looking for something to do with the family on New Year's Eve this year.  Bring everyone on Tuesday, December…

Four men have been arrested on charges of murder, conspiracy and other counts in the carjacking death of Dustin J. Friendland , originally from Toms River in front of his wife outside the Short Hills Mall in New Jersey last weekend.

The suspects were identified at a news conference as 29-year-old Hanif Thompson, of Irvington, and 31-year-old Karif Ford, 32-year-old Basim Henry and 33-year-old Kevin Roberts, all of Newark.

Skate with Santa and Frosty the Snowman

SKATE WITH SANTA AND FROSTY THE SNOWMAN 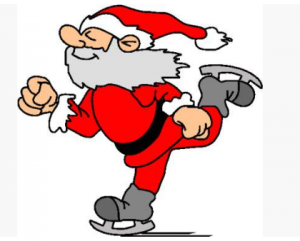