Nor'Easter Coming to NJ next week 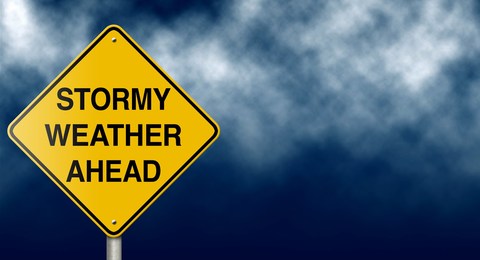 According to weather reports, a potential storm off the East Coast next week could bring heavy rain and strong winds. A new moon will rise on October 23rd which means the tides will be higher than normal.

There's "certainly potential for a significant coastal storm," according to Gary Szatkowski, meteorologist in charge of the National Weather Service Mount Holly Office.

Coastal flooding is possible of course.

Nor'Easters/Hurricanes? Is the Jersey Shore Ready?

Now may be a good time to check your stock of batteries, bottled water and other emergency supplies that may be needed should New Jersey experience an autumn hurricane.

While storm frequency tends to peak in August and September, hurricane season in the United States extends to November 30, and while the risk of a Thanksgiving storm may seem remote, it could happen.

In 2012, Superstorm Sandy only missed it by a few weeks.

Sandy made landfall in New Jersey as a tropical cyclone on October 29, flooding coastal communities, taking down trees, tearing up infrastructure and demolishing homes and businesses throughout the state. Forty New Jersey residents lost their lives.

Two years later, the ongoing expenses of repair, rebuilding and recovery from Sandy have made it the second costliest storm in United States history after Katrina, an August 29 storm that devastated New Orleans and the Gulf Coast in 2005.

Like Sandy, many of the most destructive storms in United States history have occurred after Labor Day, causing massive loss of life and property damage in the billions.
With that in mind, why not take a minute to inventory your emergency supplies and schedule a trip to the store to stock up on items that you may need in an emergency.